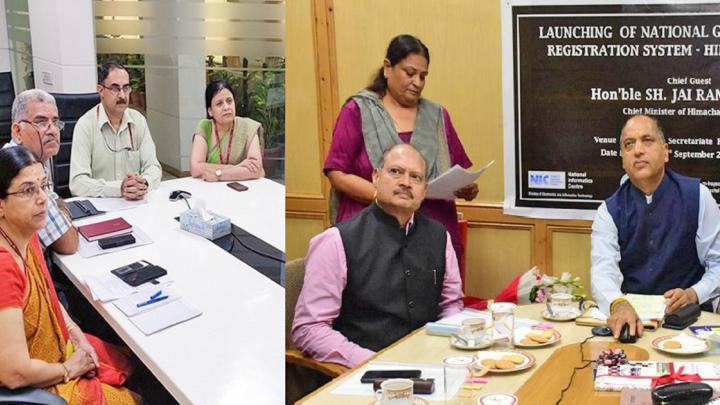 District Shimla has tough terrain and most of the area is snowbound, the automation and computerization activities are tough to implement in farflung areas of the District. The citizen service centres named SUGAM have been set up in the lower offices up to Sub Divison and Tehsils. One such centre was set up at Dodra Kwar, which has very poor road connectivity, the hardware and all the infrastructure were transported by Helicopter from Shimla, and centre was set up after fighting all the odds. The Sugam centres are the single point of contact for the citizens to get any of the services being provided by the Administration.

PBOX provides the ability to conduct exam in a much scalable, secured and network resilient way with additional provision to be deployed in on-campus mode. It provides…

e-SHRAM Portal for Registration of Unorganized Labourers of India

e-SHRAM is the first ever national database of unorganized workers. It aims at registering 38 Crore unorganized labourers engaged in construction, migrant workers, gig and…

NIC Rajasthan plays a vital role in implementing major e-Governance projects in the state. Playing a crucial role, it has been instrumental in creating innovative ICT solutions…